International Relief Foundation has presence and been operating in Somalia since was established in 2011 and is registered and recognised by the Somali minister of interiors as a “NGO” that works to help the poor and to achieve projects of development.

IRF Somalia provided support to some schools in Mogadishu and facilitated the access to school to poor children in IDPs. Training courses have been set up for young people. Sewing classes are offered for young women.

IRF Somalia established a health centre in Mogadishu and implemented the reconstruction of two main regional hospitals in Merca and Brava, and facilitated the distribution of food, medicines and sanitary equipment to needy people in Mogadishu.

We are also engaged in the creation and maintenance of relations with a wide range of stakeholders in Somalia at a state and community level. This means we can offer humanitarian assistance whenever and wherever it is needed. As a result, IRF acquired an intensive experience compounded with on-going local respect, reputation, collaboration and networking.

IRF became a beacon organisation among the Somalis mainly in the Mogadishu and southern part of the country. According the local communities in those areas, they feel that they are widely forgotten by the Somali authorities as well as international communities.

IRF and its short life have reached far, it is role as charitable status has been acknowledged, recognised and praised by the Somali federal government and South West State of Somalia and others INGOs and donors. 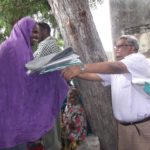 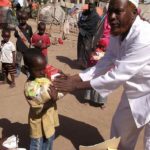 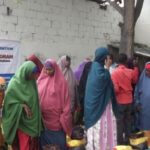