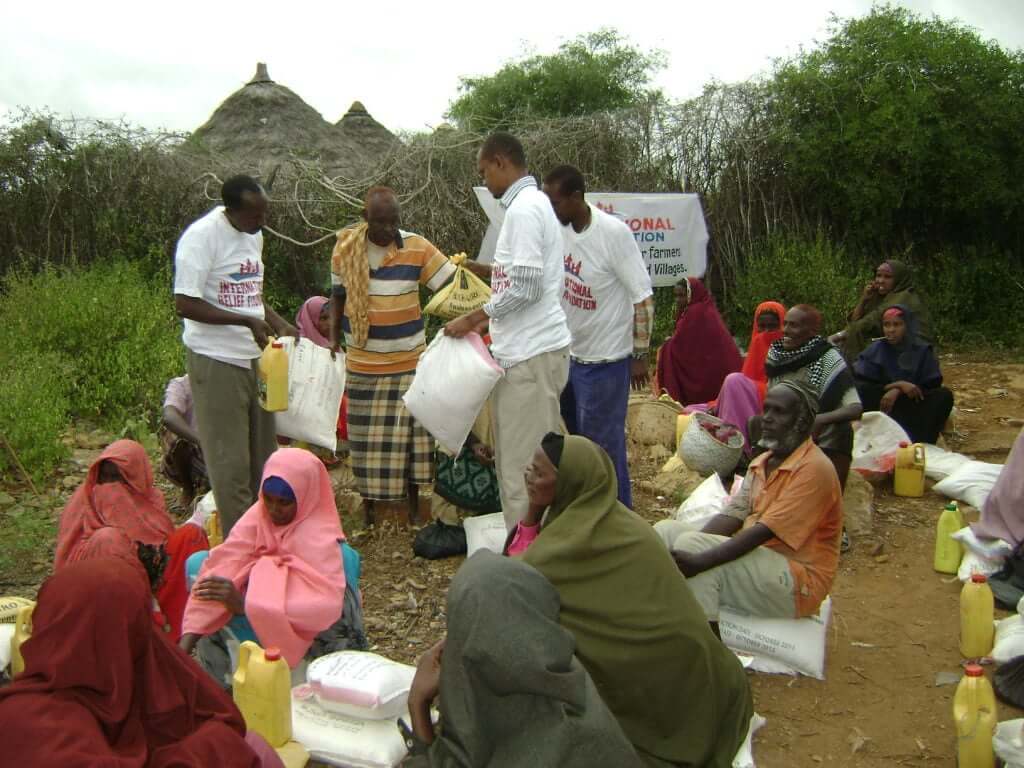 The International Relief Foundation (IRF) is currently distributing food to 8,000 people in areas affected by severe drought and conflict in southern Somalia. This is the first large-scale food distribution in that part of the country since the beginning of the year.

There is an immediate crisis due to the drought, which caused loss of livestock and, consequently, increased the cost of raw materials available in the market. The most affected group are the families of small-scale farmers, who rely on farm produce for their consumption and, in particular, women and children, who play an essential role in agricultural production.

Some 8,000 people in the Baidoa, Bay region have directly benefited from the integrated programme, which delivered emergency aid as communities grappled with severe drought, famine and conflict with families receiving enough rice, flour, sugar, dates, and Cooking Oil to last them one month.

The severe drought in the Horn of Africa has resulted in acute shortages of water and food. The IRF is one of the very few humanitarian organisations active in all provinces of southern Somalia.

Support us when you shop on Amazon